Travel in Mexico: Reality vs. Hype

May 13, 2013
John Jameson
Danger Statistics, Travel Statistics
No Comments on Travel in Mexico: Reality vs. Hype 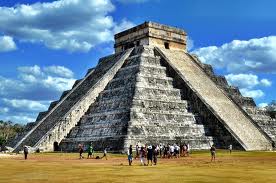 In the article “Reality vs. Sensationalist Media Hype,” Cathy Brown, a mom, travel writer and avid vacationist, expresses frustration at the constant warnings from her friends and family due to their unfounded opinions on travel safety in Mexico. Standing firm that Mexico is not, in fact, any more dangerous than many U.S. cities, Brown explains the mindset that “sensationalist media hype” has created amongst Americans.

Brown, a single mom, has had exciting opportunities to skip around the world: trips to the Amazon with her kids, visits to Buenos Aires, even climbing mountains in Africa. She says she wasn’t prepared for her friends’ and family’s reactions when she recently spoke about traveling to Mexico.

“What about the cartels?” Cathy’s friend asked. “Pretty irresponsible to be going there. You’re a mother- you shouldn’t be putting yourself into situations like that,” commented a family member. Her response? “Have you ever been to Mexico? Oh, you haven’t… well then please at least tell me specifics as to what this violence is where I am going. What area is it in, and what specifically should I be on the lookout for?” Amazingly, says Cathy, no one has an answer. Yet, everyone is certain that a robbery, murder or rape is imminent.

Looking at reality in Mexico, however, this fear is undue. The truth is, the U.S. government has issued travel warnings, warnings that are specific and mostly related to the drug cartels. These problems aren’t typically in the tourist meccas where Americans and other nationals visit, such as Acapulco and Cozumel. Specific states in Mexico have higher crime rates than others, and tourists should take heed of warnings regarding those areas. Still, the chances of being murdered or kidnapped in Mexico are much lower than in Orlando, Florida, for example.

Among Mexico’s 2,500 municipalities, security problems have been flagged in only 18 of them. According to Brown, that leaves 2,482 safe options for Mexican travel. Should you let your child stand on the street corner while you go bargain down the price of that t-shirt in the market? Of course not! Should the same safety standard stay in place if you were visiting Washington, D.C. or New York City? Absolutely. Common sense will prevail if you decide to use it.

Out of Mexico’s 31 states, organized killings took place in only three of them: Chihuahua, Tamaulipas and Nuevo Leon. This is not to say that violence doesn’t occur elsewhere. It’s just that the places tourists hang out are not usually the mean streets of the drug trade. Brown makes the case that Americans would be appalled if Mexico issued an advisory that Mexican tourists should not consider hiking in Oregon or go to Disney World in Orlando just because of reports of drug-related gang violence in South L.A. or Chicago. Now that’s a way to put things into perspective!

So what does Brown suggest as far as safety precautions if one does travel to Mexico? Don’t be stupid, don’t buy or sell drugs, don’t flash large amounts of money, don’t visit the border towns that are notorious for violence, and use common sense, just like you would in any tourist area. Brown also points out the actual statistics from the U.N. Office of Drugs and Crime: Mexico ranked 12th in the world in drug offenses, while the U.S. ranked 4th.  The article also points out that the U.S. ranked 7th for homicides with firearms and Mexico ranked 17th.

In Brown’s article, we hear from travel writer Kyle Ellison: “While I could rattle statistics off from a slew of different sources, the bottom line and the main point which needs to be made is that traveling to Mexico is no more dangerous than living in any major global city. Of the 60 countries I’ve wandered through and after 20+ visits to Mexico, you know where I’ve felt in the most danger (including when I thought I was kidnapped in Borneo)?; When I got lost on the south side of Chicago.”

Brown sums up her article by stating that there are millions of Americans living it up in Mexico, enjoying the culture, warmth, natural beauty and history every day. She warns that if you sidestep Mexico due to fear, then it is your loss. “Give Mexico a chance,” Brown urges. “I am willing to bet you may just end up falling in love with the country as so many other travelers and expats have.”

So what’s the bottom line? Just don’t believe the media hype! The fears are probably more political than anything. Travel to Mexico and be cautious as you always would be, just enjoy where you are and play with your loved ones. Enjoy everything that the country has to offer!