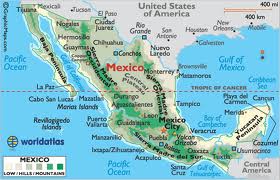 In a recent article, “Washington Post” author Andrea Sachs lamented Mexico’s safety as compared to the rest of the world.

“There’s a big gap between perception and reality,” said Margot Lee Shetterly, a Hampton, Virginia native who relocated to Mexico with her husband six years ago. “It’s a real shame for people to write off a whole country without looking at the map and at the statistics.”

Without a solid understanding of the geography (761,606 square miles) and the nature of the drug wars (internecine fighting), many foreigners assume that all of Mexico is a war zone. But it isn’t. “The episodes of violence are in very specific pockets,” said Rodolfo Lopez-Negrete, chief operating officer of the Mexico Tourism Board, “and are unrelated to tourism.”

For proof, Lopez-Negrete rolled out the statistics, derived from a combination of government and non-government sources: Of 2,500 municipalities (what we call counties), only 80, or fewer than 5 percent, have been affected by the drug war, which accounts for only 3 percent of all crime.

Many cities popular with vacationers, such as Cabo San Lucas and Nuevo Vallarta, are very safe to visit.