Even though San Luis Potosi crime rates are lower than some US cities, people still doubt safety while traveling in Mexico. 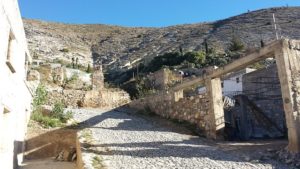 For as full of amazing surprises as Mexico is, why does that one question seem to always come up?

Travelers in America have been inundated with stories of crime south of the border. And because of this, their view of Mexico often contains more than a few misconceptions. So as always let’s tackle that question and find the beauty hiding behind.

The answer to whether or not San Luis Potosi is safe is a resounding yes. In fact, that’s the answer for much of Mexico.

San Luis Potosi, like any city, does have crime but the same can be said of any place in the world. You’d be hardpressed to find a city anywhere that boasted a crime rate of zero. In fact, when compared to Los Angeles, San Luis Potosi scores rather similarily as far as crime goes. It’s just an unfortunate side effect of media that Mexico has garnered a reputation for being unsafe.

Of course, a bit of caution and situational awareness will go a long way in making sure you enjoy SLP without a problem.

Though this doesn’t mean to be wary of every corner and every person you pass. It simply means to remember to take as much precaution as you would back home.

Once you move beyond that misconception and see everything that Mexico has to offer. You’ll find a beautiful land full of opportunities to experience a rich culture. A culture that is welcoming and warm to everyone that finds themselves within its borders.

Originally founded in the later part of the 16th century, SLP carries a rich legacy dating back to pre-colonial periods. And it’s that legacy that is visible throughout the city, engrained in its very nature. The buildings themselves are a testament to that history, serving as a viewport into the past.

A quick walk through the Plaza del Carmen will bring you face to face with the architectural wonders of those early days. As you walk around and visit the Temple of Silence or the Temple of Carmen, you’ll find yourself stepping back in history. Back into a period of time when the new city found itself influenced by the Spanish inhabitants who once claimed it.

And SLP has much to offer beyond storied structures…

A short trip outside of the sprawling metropolis will allow you to see nature as never before.

For those that are willing to brave the heights of a waterfall, the Tamul waterfall offers an experience unlike any other.  There, you can paddle along pristine blue waters and even take a dive from the surrounding cliffs.

If beautiful waterfalls are not your cup of tea, perhaps the Grutas de la Catedral can tempt you. The subterranean caves themselves give you a glimpse into the prehistoric era of Mexico. As you wander through caverns, weaving through natural formations, you step back in time. Back centuries to when Mexico was still shaping into the country it would become.

These are but two wonders waiting for those willing to explore everything San Luis Potosi offers.

And when speaking of the wonders of SLP, you can’t forget the enchiladas…

Known throughout the country for their unique take on the classic staple, SLP’s enchiladas are something unto themselves. Though looking almost nothing like traditional enchiladas, enchiladas potosinas have become a rite of passages of sorts over the years. For every visit to the city is deemed incomplete until you’ve tried at least a few of them.

San Luis Potosi crime rates are low and the city has so much to offer, so what are you waiting for?

Statistics prove San Luis Potosi crime rates are not a problem.  So instead of crime what you’ll find is it’s full of amazing sights and experiences you have to see for yourself. So pack your bags, grab your passport, and don’t forget your sense of exploration before heading out to experience it for yourself!

Though, if you still want to learn a few tips for making sure your stay goes off without a hitch, check out our safety tips for visiting Mexico!   You will be happy with the answer to the Is San Luis Potosi safe question.

If that is true, and I believe that it is (at least last summer when I was there during the month of June), why has the State Department, with its new system of advisories, placed the state of San Luis Potosí in its category #3 – “Reconsider travel”.
In the previous altert system used just less than 6 months ago, they indicated that one should use caution outside the capital city. Has something happened there in the last 6 months to cause our government to change its evaluation?