Reasons Why Mexico Is Still a Safe Bet

May 22, 2013
John Jameson
Danger Statistics, Economic Statistics, Riviera Maya
No Comments on Reasons Why Mexico Is Still a Safe Bet 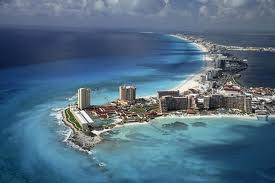 News headlines continue to report that drug-related violence in Mexico has caused people to worry too much about safety and their protection in Mexico. To offer another view, the authors of the “Mexperience Blog” have listed six factors that attest to the fact that Mexico’s drug-related problems, although real and in need of handling by authorities, don’t make Mexico absolutely dangerous to tourists and expats.

According to the Mexperience Blog, the following are six reasons why Mexico is still worth pursuing, either for vacation or for living:

1. Tourists remain largely unaffected by the drug-related violence. Recent figures published by the Mexican government show that most of the homicides in the country over the last few years have come about by gang members killing other gang members. Tourists, business visitors and foreign expats are not being affected by the drug-related gangs, and statistics show that the overwhelming majority of visits to Mexico pass trouble-free.

2. Mexico’s visitor numbers are rising. The Bank of Mexico is responsible for publishing and collating foreign visitor data. Earlier in 2013, the figures demonstrated that more than 22 million international visitors arrived in Mexico in 2010. Regardless of the H1N1 influenza virus, the international financial slump and drug violence, folks keep returning to Mexico. Data from foreign consulate records demonstrate the overwhelming bulk of visits to Mexico are trouble-free.

3. Expats aren’t leaving. In decades past, when Mexico’s economy was less certain and less stable, foreign expats would often flee home in the event of a peso crisis. Today, even with the drug-related violence playing out, no such exodus is taking place and, furthermore, interest in relocations to Mexico is rising. Mexico’s government is fully expecting its expat communities to grow over the coming decade and beyond, and has been working to facilitate this process, as the financial and cultural benefits it brings are significant. If Mexico is a wholly dangerous place to be, then why are existing expats staying put and inquiries for relocations to Mexico increasing?

4. The Mexican economy grew 5.5% in 2010. Industrialized nations envy Mexico’s economic growth rate. Years of sound economic governance, shrewd investment and relatively low debt (public and private) have created an attractive environment for investors and foreign companies. Furthermore, Mexico is now one of the world’s few trillion-dollar economies, and mature nations are falling over themselves to work with Mexico today. If you don’t believe this, look up how many foreign trade missions have been taking place in Mexico in the last couple of years led by top politicians and ministers of the respective countries vying for a piece of Mexican pie.

5. Mexico is one of the world’s most important nations, poised to play a major role in world affairs during the 21st century. Its shared land border with the United States is a primary reason why drug lords want control of the overland trade routes into seemingly insatiable U.S. narcotic markets, where the illegal substances they peddle are readily available to those who seek them. For these reasons and others, the matter will not be resolved by Mexico alone, but by Mexico and the U.S. working in partnership.

6. Mexico is strong and getting stronger. Notwithstanding the current drug-related violence, the country’s macro economics are in good shape, Mexico has substantial oil and gas reserves as well as considerable mineral and precious metal wealth, foreign visitors keep coming back to visit despite the unsavory news headlines, foreign governments are actively courting trade and commerce with Mexico, expats living here are going about their lives normally, and statistics continue to show that Mexico’s levels of general crime and violence are lower than those of many large U.S. cities.