The Risks of Traveling to Mexico During Hurricane Season 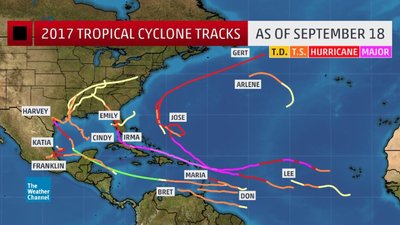 And for good reason of course.

The devastation caused by hurricanes Irma, Harvey, and Maria has been quite difficult to witness. Thousands of lives have been affected, thousands of homes lost, and entire regions in the Atlantic left in ruins. Making this season one of the most dangerous in recent memory. Even now as of writing this, the recovery of these regions most affected by the hurricanes has been slow. And in some cases, efforts are almost nonexistent, adding to the tragedy caused by the hurricanes themselves.

This brings us to the question that we always address with each post… is it safe to travel during hurricane season in Mexico?

The short answer is yes…

Though with a small caveat. While it is certainly safe to travel during hurricane season, there is the risk of experiencing a hurricane while traveling.

That risk though is quite small when considering the occurrence of hurricanes compared to the actual length of the season.

For Mexico,  hurricane season runs from June until the end of November, occupying half of the calendar year. And while the potential for hurricanes to form during this period is certainly a reality, the actual number of hurricanes is rather low. Some seasons are even completely devoid of any hurricane activity at all.

And while the current hurricane season in 2017 is shaping up to be the most active in recent history, it should be treated as an exception rather than viewed as the standard for activity itself. The risk of experiencing a hurricane while in Mexico has and will continue to be quite low.

Hurricane season in Mexico can provide travelers willing to brave the chance of inclement weather with some rather unique opportunities. First and foremost, during hurricane season, airfares towards areas that would be affected by any hurricane activity is generally much cheaper than other months. Adding to the benefits, hotels will often lower room rates as a mean to offer incentives for travelers during these typically lower business periods.

Combining the lower rates for plane tickets and hotel expenses with the lower crowd sizes could actually work in travelers’ favor for the most part. Though it is always smart to stay up to date with any current weather warnings, just to be on the safe side.

While the potential for hurricanes from June to November is quite real, the actual chances of one forming, as well as the probability of one affecting your trip, remain low enough to minimize any risk or danger.